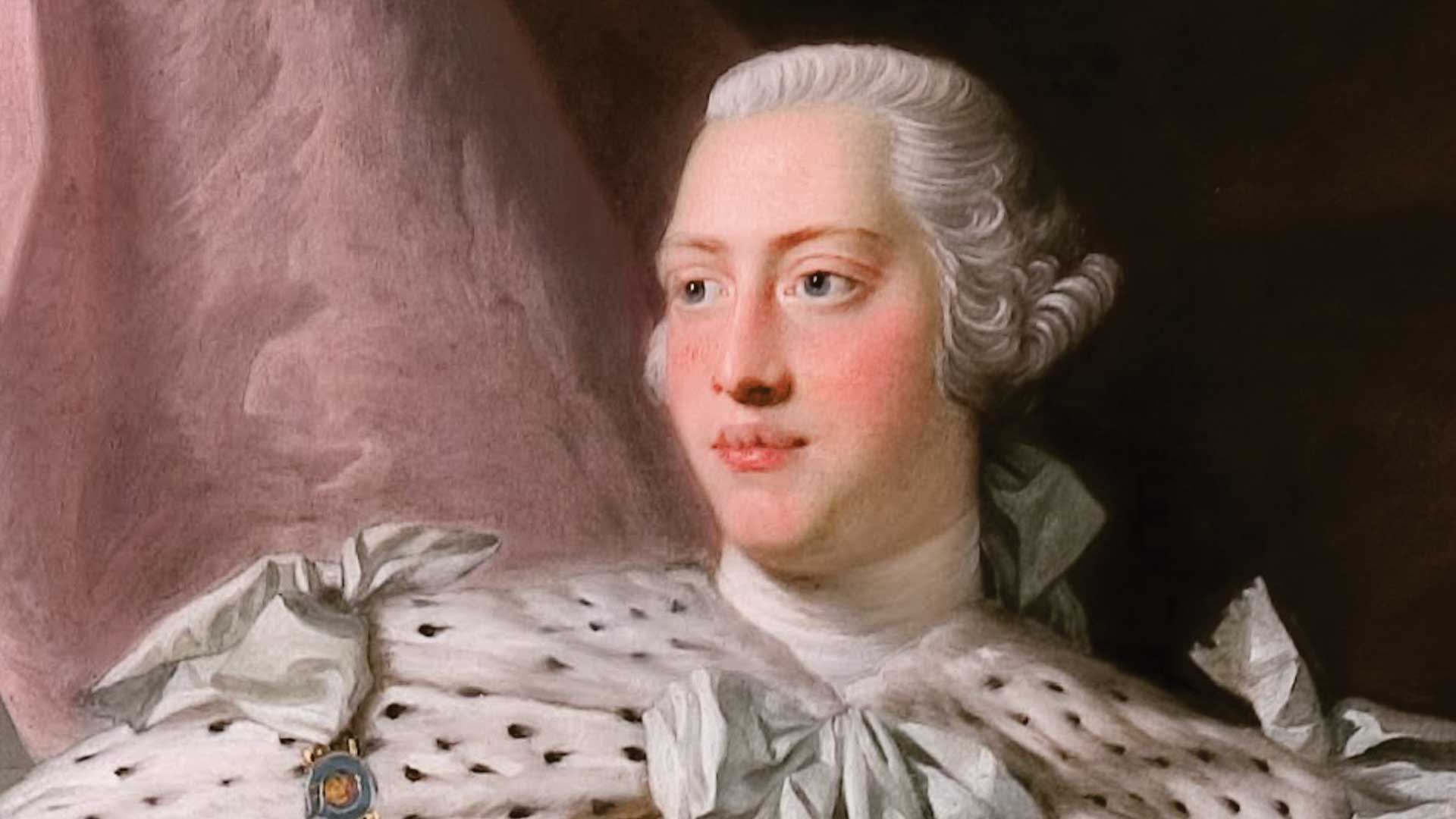 There is a remarkable anecdote about George III of England, that king with whom most people are acquainted through the 1994 movie The Madness of King George. There was more to George, however, than the declining mental health from which he suffered during his later years.

George, who lived from 1739-1820 (ruling Britain from 1760-1820), was a man of principle. He tried to apply Biblical precepts to his daily life, a life of family and politics. Deeply convinced of divine providence, he mentioned it in his letters to family and politicians. He was devoted to his wife, Charlotte of Mecklinburg-Strelitz, whom he saw for the first time on their wedding day. God blessed them. By all accounts they had a sturdy marriage and were given fifteen children, thirteen of whom reached adulthood.

On to the anecdote…

King George III enjoyed hunting and was out one day with a party of several men stalking some deer in the Forest of Windsor. Led by dogs, they were in hot pursuit of a stag when they were forced to halt by the edge of the river Thames. The stag managed to cross. The river, however, was exceptionally deep at that particular spot and the hounds could not follow. So the hunting party trotted along the edge of the streaming water looking for a location shallow enough for all to be able to safely reach the other side. The ground was rocky; the grass high; and the many thickets quickly separated the riders from one another.

The king’s horse was weary. George knew it and he resolved to stop and give the beast a rest. Consequently he parted ways with the hunters and moved onto a clearing where some oaks stood. Fatigued himself, he enjoyed the wind swaying the branches of the trees and the singing of the birds. Suddenly, shaken out of his reveries, he sat bolt upright for he fancied he heard someone weeping nearby. Spurring his horse on towards the sound, he became increasingly away that it was a cry of distress. The closer he came, the more he could make out the words.

It was quiet for a moment and then again a repetition. “May God have pity on my dear mother!”

The king rode on, intensely intrigued and moved by the words. He reached a small glade with a sizable plot of grass. On that grass and under an oak stood a crude, makeshift bed covered with a small amount of straw. Over this pallet hung a bit of tent material. A slip of a girl knelt in close proximity to the bed. Dark-haired, tears running down her cheeks, she was the picture of desolation. Some packs, as well as a basket or two, lay nearby.

George spoke. He was a father as well as a king, and not unmoved by such a scene. It pained him to see a child in such heartbreaking anxiety.

“Why are you crying, little one?” he enquired.

As she looked up at him, startled at his sudden appearance, he went on in a compassionate tone. “And what is it you are praying for?”

The little girl, about eight years of age, rose and pointed to a still figure stretched out on the pallet. She answered, sobbing as she spoke. “Oh, sir, my mother is dying.”

George dismounted, tethered his horse to one of the low-lying branches of the oak and walked towards the child. She took him to the little mound of straw upon which her mother was laying. As he came closer, he could see that the prostrate figure was a gypsy woman. He also perceived that she was indeed close to death. The woman turned her eyes towards him but did not speak. It seem that her power of speech ebbed away and that the Grim Reaper was patiently waiting for her breath to stop as well. The child had begun to weep once more and left George’s side to once more kneel down by the woman. She began to wipe her mother’s face with her hands, hands wet with tears.

“What is your name, child? Are there others here who are your family? How long has your mother been ill?”

Before the child had a chance to answer any of these questions, another girl, one bearing much resemblance to the child, emerged from the trees. This girl was a few years older and as she became aware of George’s presence, curtsied and also knelt down by the dying woman. Kissing her, she began to weep as well.

“Dear children,” George said, “do not cry. What can be done for you? Indeed, how can I help you?”

“Oh, sir,” replied the older girl, “early this morning I ran all the way to Windsor and looked about the streets trying to find a minister. I did find one and then another, but neither would come back with me to pray with my mother.”

The woman, the dying mother, could understand every word her daughter spoke. It could be seen in her eyes. These were fixed upon her child and they changed from sadness to fear. It was plain to George that this was so. The children were kneeling on the left side of their mother. George picked up one of the packs laying on the grass, carried it over to the woman’s right side and sat down on it. He then took her right hand and spoke softly.

“I am a minister,” he whispered, “and God has sent me here to help you.”

The woman’s eyes turned away from her girls towards him. There was a question in her eyes. George went on to speak of the fall of humankind into sin, afterwards voicing the need for a Savior. And then he gladly told her of the Redeemer Who had been born, Jesus Christ. The woman’s eyes never left his face. They became, as George spoke, more animated and then, peaceful. Then they left his face and focused beyond the king. And then suddenly, she smiled. Because her expression had become so happy and peaceful, a few moments passed before George and the children realized that she had died.

When George’s attendants came onto the scene a little later, they found George comforting the gypsy children as if they were his own children. He rose up as they rode into the glade, simultaneously pressing some gold coins into the hands of the orphans speaking as he did so.

“You have my protection,” he said.

Remounting his horse, he addressed his attendants, even as he pointed to the children.

“Who do you think is neighbor to these?”

George’s faith seemed to be part of a piety that permeated his being and his daily life. In his last years, physical as well as mental powers deserted him and he became blind. He died at Windsor Castle on January 29, 1820, after a reign of almost sixty years.

But he, desiring to justify himself, said to Jesus, “And who is my neighbor?” Jesus replied, “A man was going down from Jerusalem to Jericho, and he fell among robbers, who stripped him and beat him and departed, leaving him half dead. Now by chance a priest was going down that road, and when he saw him he passed by on the other side. So likewise a Levite, when he came to the place and saw him, passed by on the other side. But a Samaritan, as he journeyed, came to where he was, and when he saw him, he had compassion He went to him and bound up his wounds, pouring on oil and wine. Then he set him on his own animal and brought him to an inn and took care of him. And the next day he took out two denarii and gave them to the innkeeper, saying, ‘Take care of him, and whatever more you spend, I will repay you when I come back.’ Which of these three, do you think, proved to be a neighbor to the man who fell among the robbers?” He said, “The one who showed him mercy.” And Jesus said to him, “You go, and do likewise.”
– Luke 10:29-37

A Glimpse of a Disciplined Life

Does God really desire me?

“American Gospel: Christ Alone” Is Now On Netflix
May 25 – To the angel of the Church of the Laodiceans (1)
Comment

A Glimpse of a Disciplined Life

Does God really desire me?

The Cure For Troubled Hearts