(Yesterday on the blog: I Will Wait For You (Psalm 130): Singing from the Depths)

Here’s some insight: “I have a feeling that many Christians see the Bible’s warnings about ‘wolves in sheep’s clothing’ in this abstract way of crazies like the t.v. Evangelists who are shoving everyone in the forehead off of their stage. Don’t be fooled. Satan is much craftier than that.” Indeed.

8 Questions You Must Face as You Fight Pornography

This is wise counsel for those who help others in the battle against pornography.

This video isn’t fun to watch, but it’s plenty interesting.

The Strategic Friendship of Financial Supporters

“Such is the God we serve that when he wants to build a temple, he doesn’t wave a wand but stirs the hearts of his children to generously, joyfully give. When he wants to reach a nation, he rarely sends a company of glorious angels. Instead he sends a team of fallible humans. And when he wants to use an individual, he rarely chooses the most gifted, but the most ordinary—propped up by the quiet prayers and tangible love of her friends.”

“The sisters belong to the Becheve community, a large tribe of 17 villages in Obanliku where there is a long tradition in which young girls—often referred to as ‘money women’ or ‘money wives’—are sold in exchange for food or livestock or cash, or to settle debts.” And now that long tradition has been joined to a new technology.

Nothing Has Snuck Past God (Video)

Trip Lee shares a good illustration that makes an even better point.

Putting the “Service” Back in Worship Service

“Week after week, many of us attend a worship served not a worship service. Don’t understand what I mean? Perhaps this will help.” I suspect the article will, indeed, help…

I have been thinking about all the different kinds of love I have been able to experience, I have been considering how each one is unique, and I have been pondering how together these loves point me to one that must envelop and transcend them all. 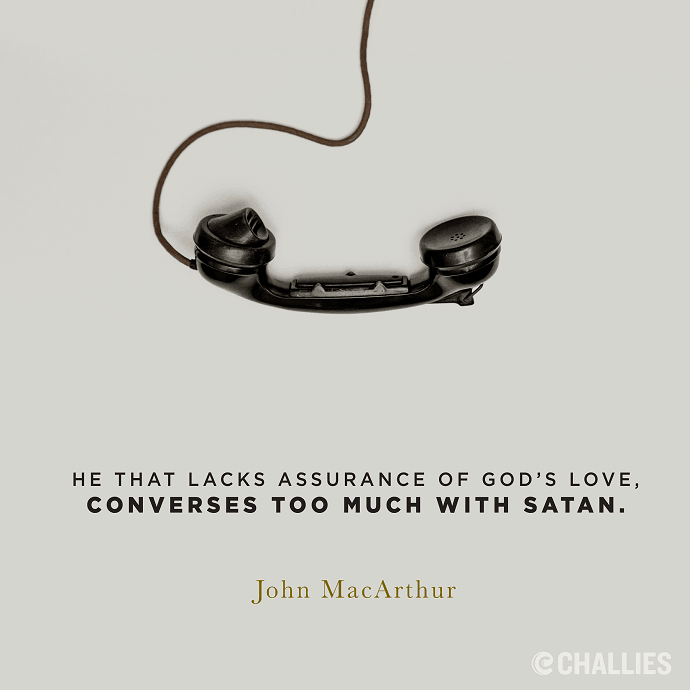 He that lacks assurance of God’s love, converses too much with Satan. —John MacArthur

Of Icons, Wonder Years, And The Gospel

George: The Court Has Legislated And The Consequences Are Inevitable